The Walking Dead recently aired its Season 9 Finale and it was fairly tame compared to the massacre in the previous episode.  However, there were some nice character moments throughout. Especially from Michonne, Carol, and Negan played by Danai Guriah, Melissa McBride, and Jeffrey Dean Morgan, respectively.

There was a blizzard and a shot of 915.  The building in the Kingdom couldn’t be lived in because Henry (played by Matt Lintz) wasn’t around to do the plumbing.  Everyone hit the road for the Hilltop and that’s when the blizzard hit. Because of this, they took shelter in the Sanctuary ruins.

Lydia was in such misery about her life that she almost threw herself into the mercy of a walker but Carol intervened and saved her.  Carol and Daryl had a heart to heart talk and she admitted she might be losing herself again, and his time might be the end of her if she does lose herself.

The group went through Whisperer territory to get to the Hilltop.  They figured because of the blizzard it was the only way to make it.  When they did get to the Hilltop Carol tried to give Ezekial his ring back but to no avail.  She said she needed to get to Alexandria to sort out her feelings after the loss of their child.

There was an inconspicuous ending with someone saying hello over the radio but it wasn’t revealed who it was.  Ezekiel and Judith were talking on the radio, then Ezekial ended the conversation and walked away.  That’s when the voice came over the speaker. 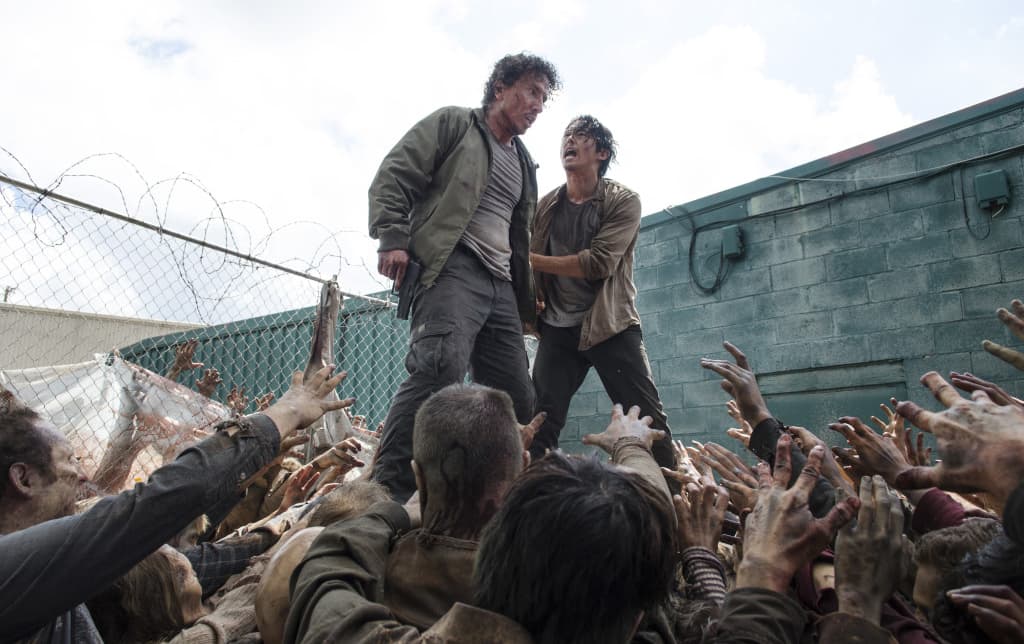